Bitcoin is a decentralized monetary system. This currency does not include physical notes or coins; it may only be used to make online purchases. A significant advantage of Bitcoin is that it is available worldwide and is not controlled by any single government or organization. Due to the fact that so many businesses operate online and across national lines, this might be quite useful. When businesses or individuals trade currencies, they want to avoid paying exchange fees and taxes. They may circumvent all of these costs by utilizing a digital currency such as Bitcoin. One of the most significant drawbacks of Bitcoin is the scarcity of retailers who accept it, but the Isle of Man has recently welcomed a rising number of businesses who do. Another issue with digital currencies is their youth; as a result, their value is vulnerable to extreme volatility. Additional concerns, such as hackers stealing Bitcoins, may occur. The Bitcoin protocol may be described as a mathematical method on a network that maintains transaction data and establishes majority consensus among the users. Thus, If the majority of people are being truthful, we'll receive an accurate result.  This can be considered as a sincere and unforced agreement. The key characteristic of this system is that it is decentralized.  This translates to suggest that there isn't a single centralized structure in command. The network's nodes are self-selected volunteers that are equal in terms of rights and responsibilities. The network is available to everyone, and everyone is welcome to take part. Having launched the network, it's incredibly durable and is considered to be invincible. It's been working fine for a long time, and since January 2009, there has been little to no disruption.  The source code is available, as is the development process. The exact identical piece of code has hundreds of different cryptocurrencies have been created using the same technology that's been recycled and changed on the same foundation the protection of the network is protected by sophisticated cryptography much more secure than conventional cryptography's usage of monetary products and services. Classical hash functions, for instance digital signatures using elliptic curves and SHA256 ECDSA is being used as the search algorithm. It was encrypted using such methods which are quite well known so we won't go into detail about it because it's so commonplace. The cryptography tool's mathematics is quite complex, but its intriguing special characteristics drive cryptography research or alternative crypto assets. This paper seeks to explore the concept, i.e., Cryptocurrency from the perspective of Mathematics with bitcoin as its focal point.

This work is licensed under a Creative Commons Attribution 4.0 International License. 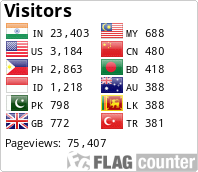